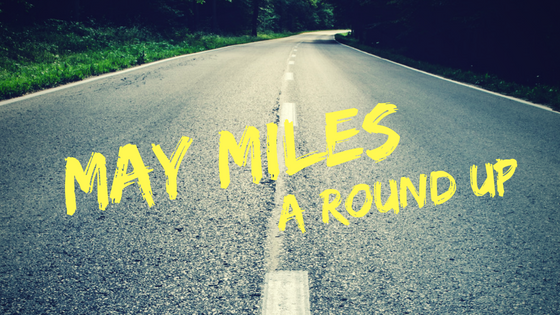 May Miles – a round up

May…ah what a month chock-a-block with long weekends, my birthday and an inkling on what the great British summer has in store for us. Almost the perfect month to get some miles in…

Thanks to my amateur-hour fall off the bike during Day 1 of my South Coast Sprint, the remaining miles of the challenge rolled in to May. Normally not an issue, but having signed up to runr’s Miles for Mind virtual run – targeting 200 miles suddenly seemed like even more of a challenge. Just a little bit on this challenge first –

Miles for Mind was / is a campaign to get people talking openly about mental health and why good mental health matters to all of us. I think we can all appreciate the benefit being active has on our physical and mental health so its been amazing to see the running community come together and supporting each other towards a common goal. Don’t suffer in silence, it’s ok to talk and its ok not to be ok.

Miles for Mind kicked off and dominated the first week for May for me. 200 miles was always going to be a big ask but I had a plan in my mind of how I was going to tackle it – I aimed to hit 40 miles each week.

I managed to hit a 5 day run streak from Tuesday to Saturday – quite possibly a running first for me – totalling 30.5 miles. So a positive start, and even though I was still 10 miles short of my weekly target I felt I had the capacity to pull it back and spread that over the remaining 4 weeks.

On the Bank holiday Monday my eldest daughter and I ran the Milton Keynes Superhero Fun Run as Batman and WonderWoman. With the temperatures hitting record highs for the Bank Holiday I couldn’t help but feel for the runners of the half and full marathon distances – a miles and a half, albeit in costume, was brutal enough. Lily, 7, found it tough going – she managed to run the first ¾ of a mile but struggled on the return leg. However with the MK Dons stadium insight I kind of forced her to run down the tunnel and around the pitch to the finish line. It was a brilliant event perfect for the whole family, hopefully we’ll be back next year and I’ll be able to persuade Maisy to come too.

I managed to get another two runs in that week – with the weather staying hot and dry we took some routes off road, may favorite being a little segment alongside the Thames at Cookham and Bourne End. With the Return to the South Coast Sprint in mind, I rested from Wednesday – Friday knowing I needed to get as much sleep and rest in as possible.

I traveled down to Poole on the Saturday evening on the train, arriving at my hotel around 10:30pm, got my head down ready to rise at 3am. A full blog will follow on the South Coast Sprint, however having hired a replacement road bike from the awesome people at British Bike Hire I completed the challenge, a whopping 186 miles and 15,000ft of climbing in 14 hours. 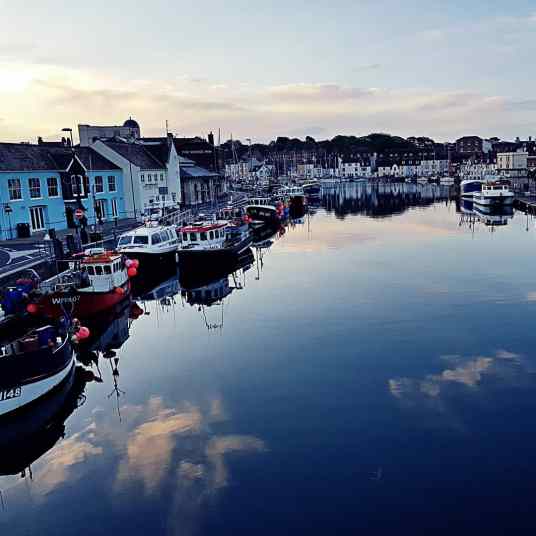 At 10pm Sunday evening I hoped on to the GWR Night Riveria – a sleeper train which would land me in London at 5am ready to get the bike back and hit the desk for some work.

Well, my plan to get some sleep on the train back to London failed miserably when the Riveria Sleeper broke down at Reading, leaving me on the platform at some ungodly hour. More upsetting was that I didn’t get the coffee and hot bacon roll I had ordered for breakfast. Already sleep deprived and exhausted I cycled across London and then finally arrived at work at around 7:30am. As you can imagine that was a tough day at the office…

The experience from the South Coast Sprint – the heat, the hills and the travelling back had left me depleted in body and soul. I was wiped out and I was left questioning myself and my ability to do this sort of challenge. I needed a break and so I decided to give myself the week off and get some proper down time and recharge the batteries.

While I ate a lot, I did use the time productively, stripping down the 1977 Raleigh TI I had bought, cleaning its components and replacing the cables and wheels.

On Friday I celebrated my 36th Birthday by doing very little – a good propotion of the day was spent in bed – before picking the girls up from school and taking them out for a pub meal.

Having got a new rear wheel on the Raleigh I took it out for a 10 mile lap to see how the legs were feeling after a couple of weeks off the bike. I managed to take 2 minutes off of my previous effort a month before, so that boosted the mood and spurred me on to get back out there. 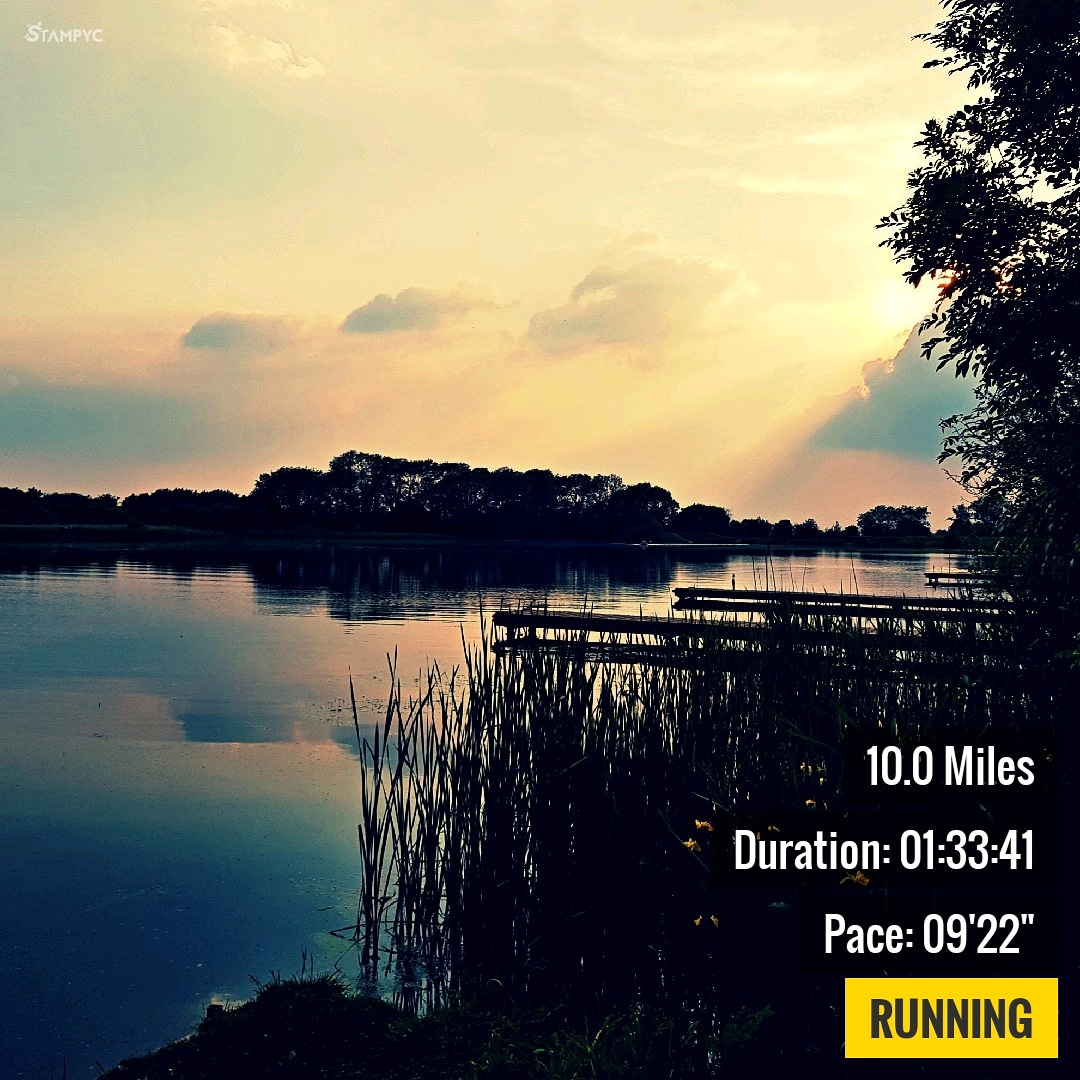 On the Tuesday I managed 8 miles over two runs, two runs in a day – its been a while since that happened but I was making the most of feeling good. Another hot, muggy week ended with a long run out to the reservoir at Weston Turville.

Another Monday in May and another Bank Holiday. So with the bike and legs tested, I decided get out a little further with a 50 mile loop out to see the Headington Shark just outside of Oxford City Centre. Despite a couple of issues – mainly a sticky sti shifter for the front gear – I managed to get it done with an average speed of just over 18mph which I was pretty happy about to be honest.

After 4 weeks of slow, sluggish miles and knowing that I wasn’t going to hit my mileage target I decided to give the legs a bit of a speed test going out and trying sub 8 m/m splits on a 5k (Tuesday) and then a pacey 10k on the Wednesday. For the final run of May I got my work running buddy back, so we decided to go off road for a bit of a change of scene – taking in the beautiful woods and fields around Hughenden Manor. While it may never be the fastest we’ll ever run, I’ve come to enjoy these social runs where we put the world to rights – those runs are good for the body and mind I think.

What’s been great about May has been the Miles for Mind challenge, organised by runr, which has seen a community of runners come together for a collective goal. there’s been loads of support and encouragement. So while I missed the target by a country mile or two, I’m still smiling – an important issue has been put front and centre and embraced by a huge community of passionate people, I’ve taken part and donated some cash to a very worthy cause in Mind, so really that’s the point isn’t it?

At 83 miles this is my highest running mileage month of the year to date (Jan – 14, Feb – 68, Mar – 46, Apr -24) so that’s something to be pleased about. Plus I managed to swim 30 lengths…although that’s terrible, its still a real positive and has confirmed in my mind that I need some lessons.

Looking ahead I’m running Run the Rock 10k on Saturday the 9th as well as taking on my second challenge of the year in aid of Make-A-Wish – the Pure Three Peaks, where I’ll be climbing up and then cycling between the UK’s three highest peaks…all in 3 days, solo and unsupported.